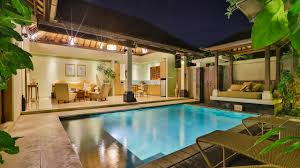 The latest level 3 Covid lockdown restrictions in Auckland had a negligible impact on residential property activity in August with prices hitting a new all-time high and sales numbers being their highest for an August for five years.

“During the first, more restrictive lockdown, the Auckland property market was stopped in its tracks but in August the market sailed through the latest restrictions,” said Peter Thompson, Managing Director of Barfoot & Thompson.

“August trading was exceptional, and from a price perspective even better than July’s trading.

“The majority of vendors were prepared to move to the alternative sales methods we were able to offer and were largely unaffected.

“Buyer demand was strong and consistent, and for the second consecutive month sales numbers for this time of the year were at a level last seen at the height of the last property cycle.

“The average sales price for the month hit $995,543, up 1.7 percent on that for last month, 7 percent higher than at the same time last year and $2000 higher than the last all-time highest price recorded in March this year.

“Sales numbers for the month at 1055 were down by 3.7 percent on those for last month and 41.4 percent higher than for the same month last year.

“In part, we were able to sustain the excellent trading through online technology that has been fine tuned since the first lockdown such as online auctions and some easing of Government restrictions around final legal paperwork.

“Many found the move from ‘in-person’ to online trading to be relatively seamless, and those prepared to give it a go found they could make it work for them.

“With the easing of regulations more of the traditional selling methods have now been re-introduced. It means the market from now on will have an alternative online sales approach that will sit side by side with the more familiar way of doing business.

“Available listings are becoming an issue. Although new listings in August were positive at 1354, by month end we had only 3703 properties on our books, our lowest number since February this year.

“Sales were strong across all price segments and across all suburbs and districts.

“Lifestyle and rural property markets also experienced high trading levels with sales numbers being 77 percent higher than what they were in August last year.

“There is a growing realisation that Lifestyle and Rural property represents value for money in relation to current urban residential prices creating interest among Auckland buyers for property to the north of Auckland and as far south as north Waikato.

“Bare land is also attracting the attention of developers.”